What is a Hashtag Campaign?

These days, hashtags are virtually universal.

The purpose of hashtags is to tie user’s conversations together so that people who are not connected or friends can participate in the same conversation.

However, it isn’t just where hashtags are used that represents an evolution. How they are used has also shifted and expanded.

Hashtag campaigns are launched by constructing a new hashtag for the express purpose of marketing. Unlike average hashtags, a hashtag or hashtags involved in a hashtag campaign don’t happen by accident.

Why Do Businesses Use Hashtag Campaigns?

It’s all about relevancy and attention. Hashtag campaigns are a social marketing tool businesses use to control the conversation and, in many cases, the content their fans and clients submit.

Hashtag campaigns are featured throughout blogs, websites, videos, social media channels, and more, and are designed to enhance customer engagement with the eventual goal of building brand awareness and increasing sales.

Hoping to launch your own creative hashtag campaign, but still feeling short on inspiration? We offer powerful online marketing services and creative web solutions. Learn how we can help today!

Since 1999, Christina has been designing and building exceptional websites. With many years of experience in creating thousands of websites, she understands the need for continuing education in her field and, therefore, is constantly learning and teaching others about internet marketing and digital processes. Christina is known for her highly-collaborative methods that help her realize the vision each customer has to successfully create engaging content to captivate targeted audiences across multiple platforms. Christina has honed her digital marketing and graphic design skills so that she can help B2B industries get their message out to their target audience in the right way. In addition to her ability as a digital marketer, Christina serves as a coach and mentor with WPElevation to other digital marketing freelancers, helping them grow their businesses. She is a sponsor and co-leader of Houston's WordPress Meetup. Recently, she spear-headed the next Houston WordCamp 2020 as its coordinator after a 10 year hiatus and became the Houston Interactive Marketing Association Director of Technology.

Do NOT follow this link or you will be banned from the site! 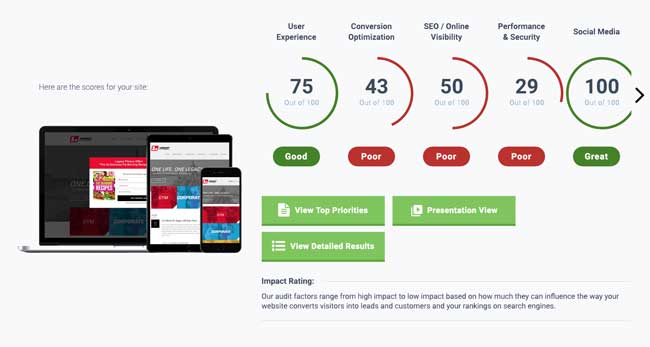 $450 Value. Don't miss out on this opportunity. Request your free website review and report today, so you can start seeing better results right away!
Powered by Popup Zen
We use cookies to ensure that we give you the best experience on our website. If you continue to use this site we will assume that you are happy with it.OkRead more