A comprehensive system for creating a
profitable marketing program

Here we are, closing in on 2021…How are your marketing efforts going so far?

Then I’ve got great news for you…

Or, more accurately, it can get better. All you need is our proven Success Blueprint.

And we’d love to empower you to transform your online marketing from stagnant into a growth engine.

Our Success Blueprint is a step-by-step plan for creating marketing that works. It will save you time. It will make you money. And maybe best of all, it will help you finally feel confident about your marketing strategy. 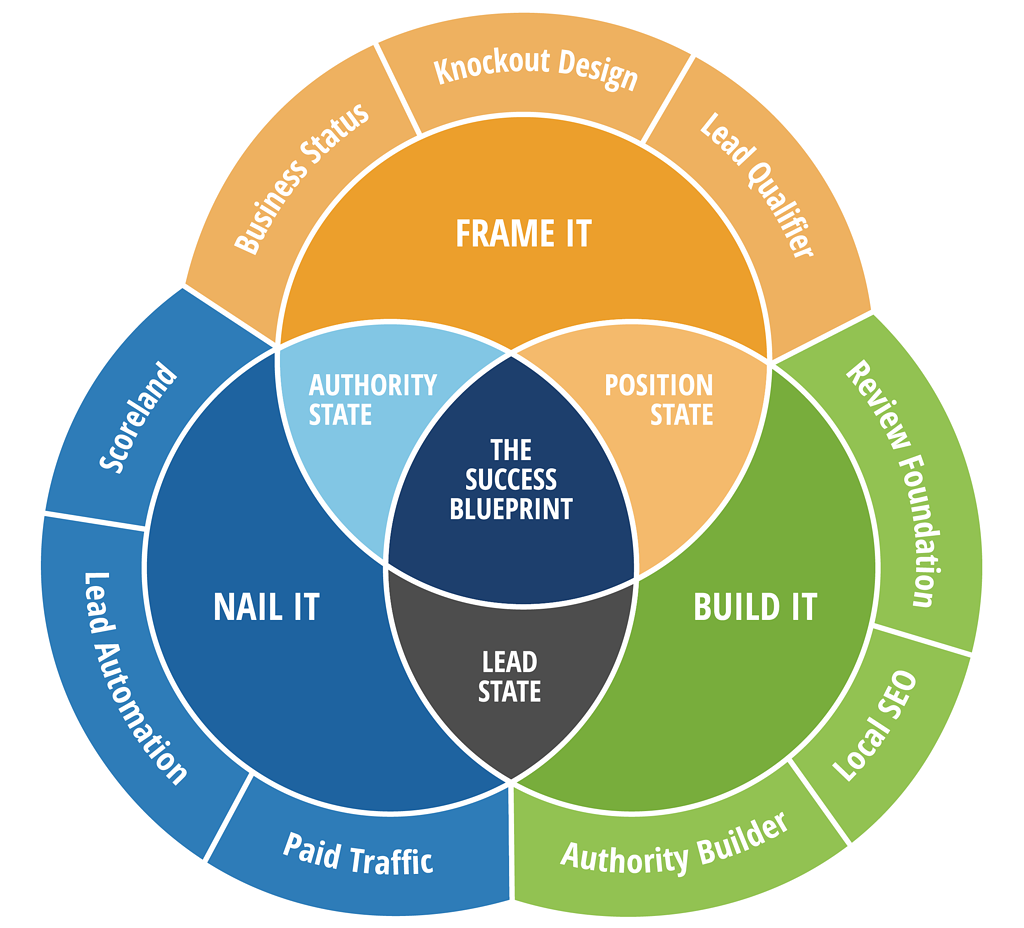 Sounds too good to be true? It’s Not

This is what owning a construction company is supposed to look like.

Instead, you might be stuck somewhere between doing the work as a contractor and becoming a business owner.

I don’t want to be the bearer of bad news, but this is where most businesses like yours die – or worse, they become zombie companies – that’s a company that’s not growing but not quite dead yet.

Zombie companies are the worst because they’re a drain on you as the owner but they’re too big to shut down because you have clients and staff.

You’ll know if you’re stuck in this never, never land because you’ll most likely be dealing with one or more of the following symptoms:

We are beginning our positioning process through a framework. Like a new building or home, you need to establish the foundation with a strategy and brand that attracts the right people. 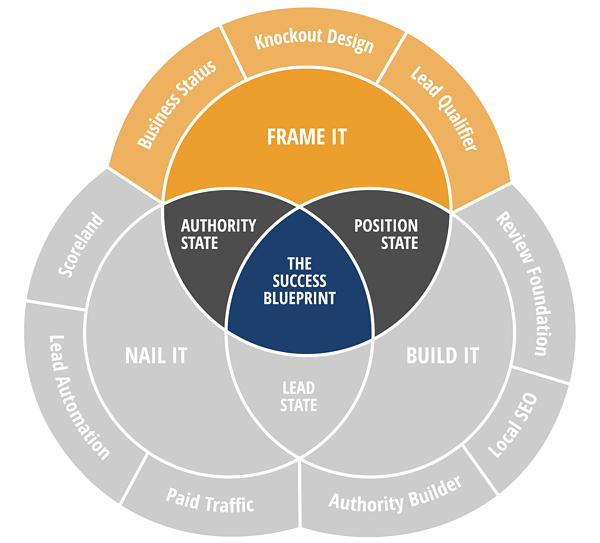 This is our Discovery. We take a snapshot of your company and learn what makes it tick. We interview you and your team and create a strategy, your goals, and discuss your customer's journey and how you solve their problems.

We are building your brand and creating a flexible, unique website to build lead generation pages and optimize conversions. This does not always mean a custom website but it could mean reorganizing or restructuring it.

Now we are qualifying your leads and creating a funnel for prospects to jump through and looking to save time and money.

It's time to take the message and the website platform and build a system that strengthens trust and authority.

We are building a repeatable review funnel and system  with a tool to automatically capture reviews to build trust. We help you harness the power of 3rd party review sites to improve your website's visibility and search ranking.

Build local authority through local search engine optimization based on a local geo-target. Nothing beats ranking in the top three on Google for a common keyword with high buyer intent if you're playing the long game with marketing.

Build rapport and trust and positioning by showing your expertise. This is when we start creating content that answers your customer's questions. This is where we attract the right people using inbound marketing with a straightforward approach.

We've done the hard work, and now we nail it! We take it to the next level and start generating leads and reporting on success. What works and what is not working. 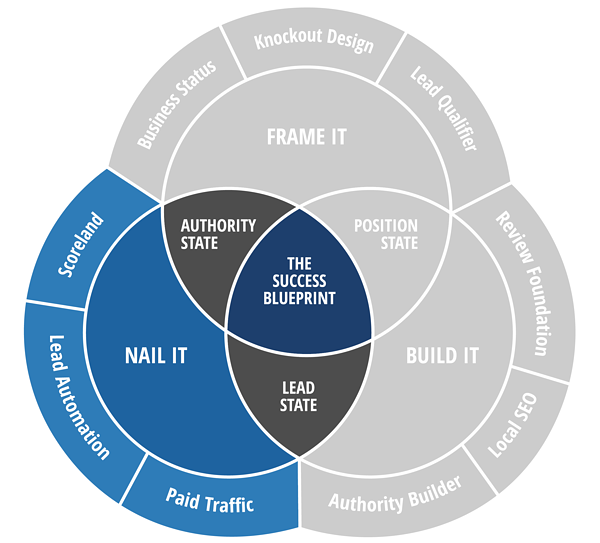 Quick traffic to start analyzing and researching who visits your website. This is where we fine-tune and target an audience and location. Our digital paid advertising experts can manage a perfect pay-per-click campaign to get the traffic & leads you need now.

We are going to automate your lead generation into your CRM to track and manage your leads.

This is where we find what is working and what is not working. We take this work and apply it to the next round of PPC ads, content, social media, and SEO.

If you are stuck on what you can do to promote your company online now, we've compiled 105 Digital Marketing Ideas inside a simple ebook to help spark some ideas.